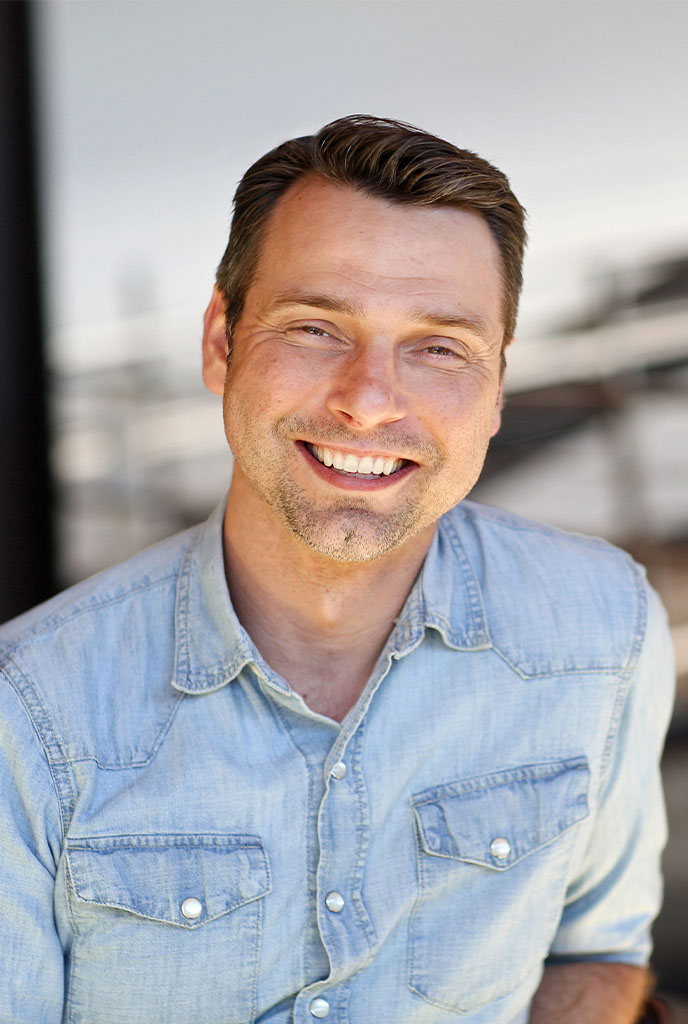 Michal joined Pixar Animation Studios in early 2003; and has worked on 14 feature film, 4 short films, and a variety of commercial projects (IMDB). Michal has been honored by ASIFA with 2 Annie Awards for “Best Animation in a Feature Production” (Soul, Ratatouille) and a VES Nomination for his animation on Helen in Incredibles 2. He has also been honored with a Scholarship in his name to the wonderful Vancouver Film School.
He has been an animator on The Incredibles, Cars, Ratatouille, Wall-E, Up, Toy Story 3, Brave, Soul, Inside Out, Onward, and Incredibles 2. Michal has been a Directing Animator on Cars 2 and Finding Dory. A Supervising Animator on the UP DVD short Dugs Special Mission and PIXAR’s first half hour special; Toy Story of Terror. Michal Directed the Disney + shorts Dory Finds and Dory’s Reef Cam.
He has most recently finished working as an animator on Pixar’s 2020 feature Soul, and is currently animating on Lightyear! 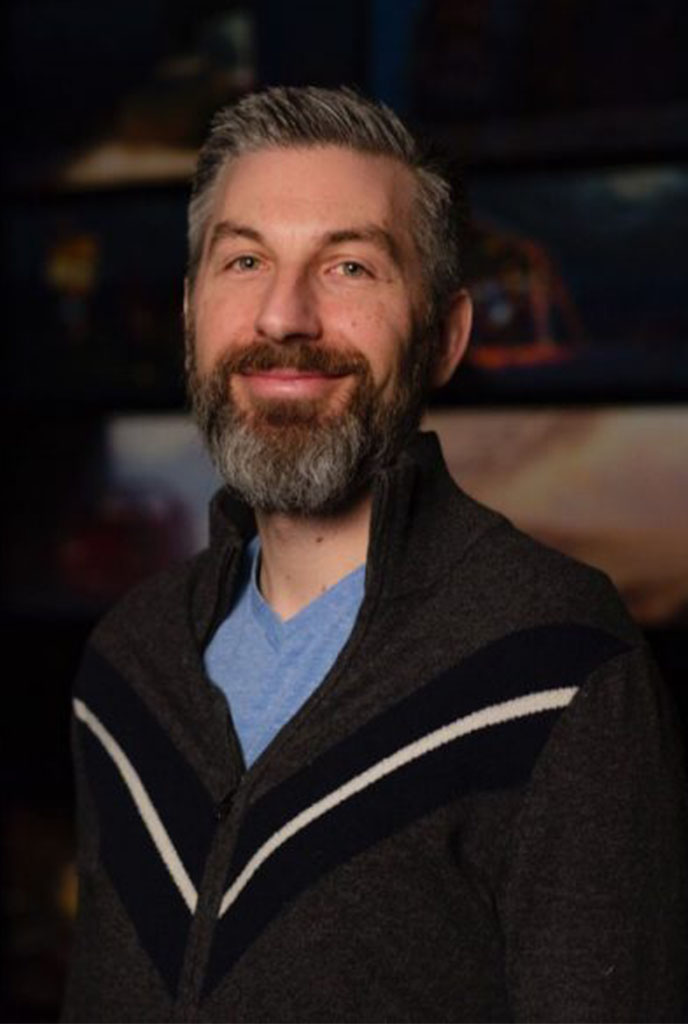 Tal Shwarzman is currently an animator at Pixar Animation Studios, where he has animated on Incredibles II, Cars3, Piper (short), Finding Dory, The Good Dinosaur, Inside Out and the Toy Story that Time Forgot. He previously worked at DreamWorks Animation Studios for over seven years, and animated on a number of films including Kung Fu Panda and How to train your dragon series. 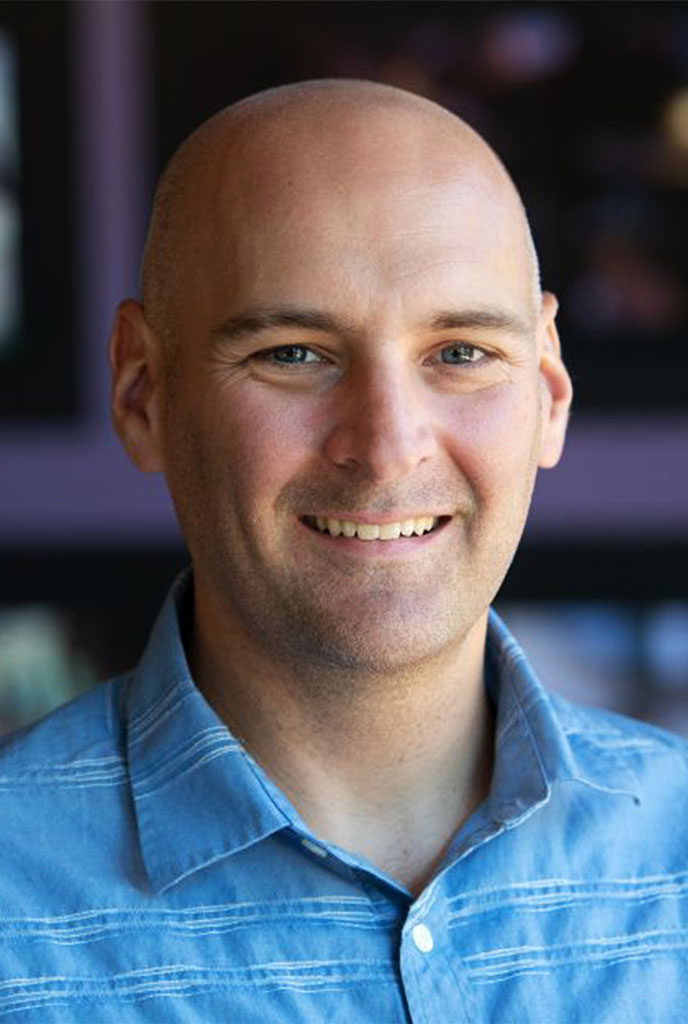 Mike Stern currently works at Pixar Animation Studios and has worked on The Good Dinosaur, Finding Dory, Coco, and Toy Story 4. In the animation industry since 2007, Mike Stern started as an animator at Dreamworks. There he worked on movies like How to Train Your Dragon, Kung Fu Panda, The Croods, and Rise of the Guardians. Mike is a native New Yorker who likes snowboarding, traveling and playing some guitar. 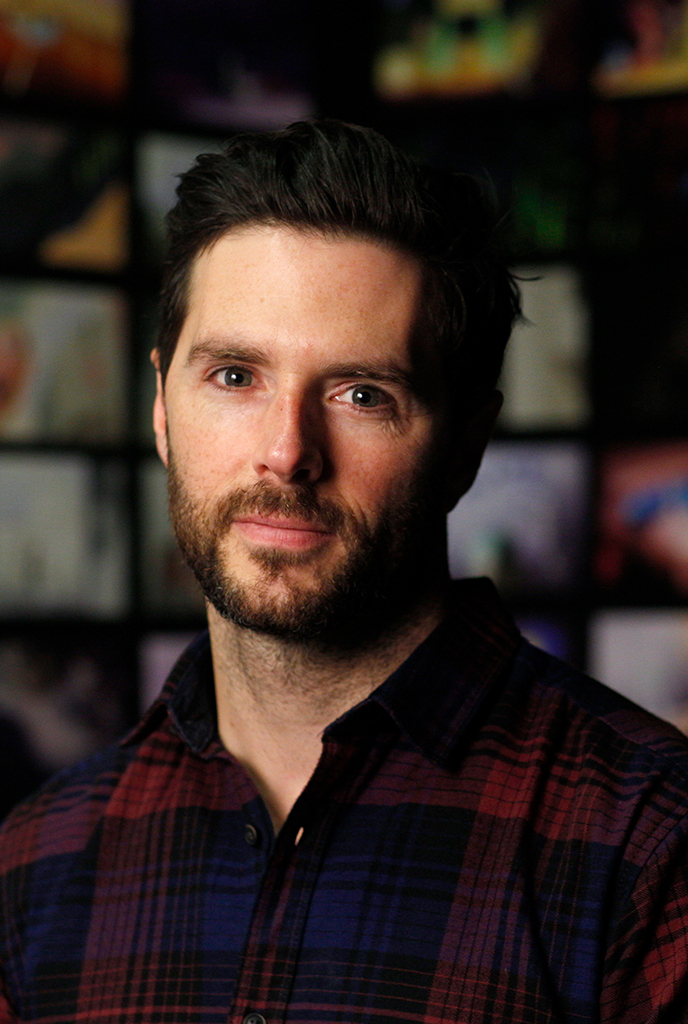 Robb Denovan has worked in the animation industry for over a decade at numerous top studios, including MPC London, Weta Digital, and Pixar Animation Studios. Robb began his career studying Classical Animation at Sheridan College in Ontario, before animating on the Academy Award-winning short film Ryan. Since then, Robb has worked on a variety of highly successful films including Inside Out, King Kong, Chronicles of Narnia: Prince Caspian, Clash of the Titans, Harry Potter and the Half-Blood Prince, Brave, Cars 2,Monsters University, Incredibles 2 and Coco. Robb is currently finishing up on Pixar’s upcoming feature film release, Onward.

Jim Brown has an abundance of experience in the animation industry. Starting at Tippett studio as an animator he has worked on movies like Constantine, Enchanted, New Moon and After Earth, and has been both lead animator and supervising animator. He now currently is an animator at Pixar Animation Studios and has worked on Inside Out, Finding Dory, Incredibles 2, and Onward. 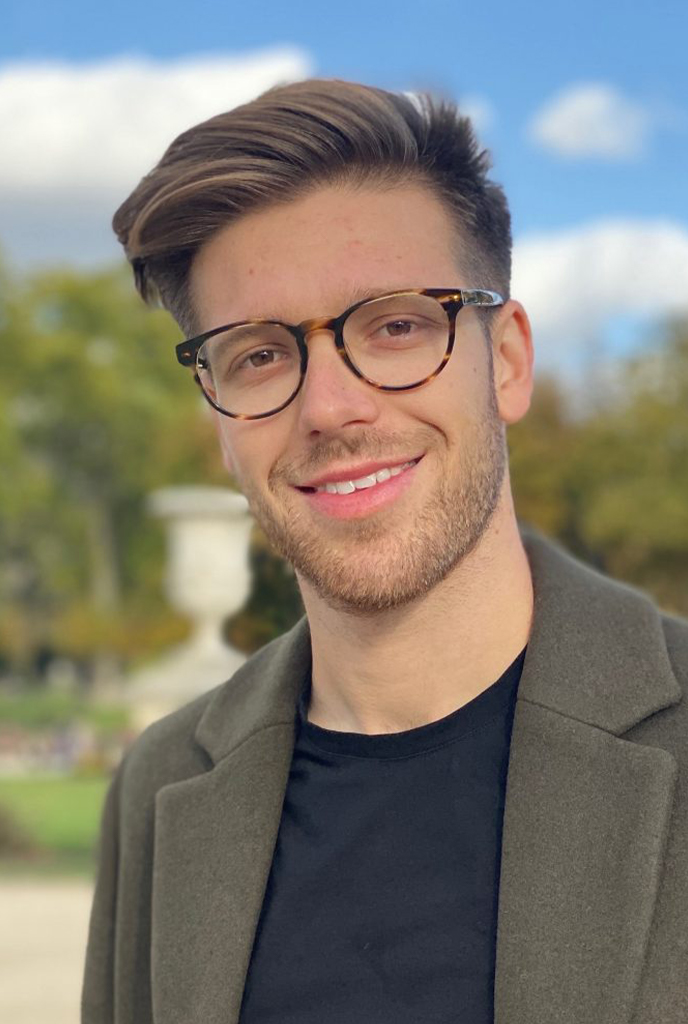 Cory Walker is a 2D and 3D animator with a deep root in computer tech. Cory has worked on a multitude of short films at studios all over California. He has worked alongside Disney and Pixar animators on their personal short films as a Technical Animator, and Animation Supervisor. During his years of animating on films such as; Aria for a Cow, La Noria, and Metro 6, he has learned the ins and outs of Autodesk Maya 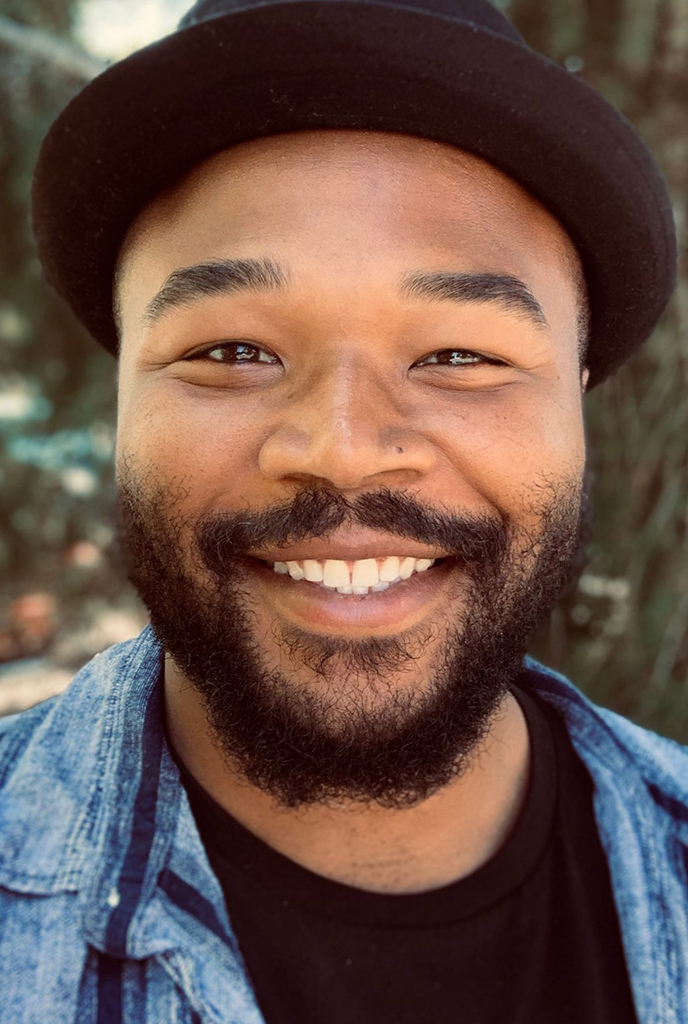 Frank E. Abney III is a California native who grew up with a passion for storytelling, drawing and movies. After graduating from The Art Institute of California – San Francisco, he began working as an animator on game, film and TV projects like Tomb Raider, Disney’s Oscar-winning Frozen and Big Hero 6 and DreamWorks Animation’s Kung Fu Panda 3 and The Boss Baby. He then joined the team at Pixar, where he has collaborated on Coco, Incredibles 2, Toy Story 4, and its upcoming film, Soul. Abney recently executive produced Sony Picture Animation’s Academy Award-winning short “Hair Love” with Issa Rae, Directed the Netflix short film “Canvas”, and is currently directing an animated feature film at Netflix. 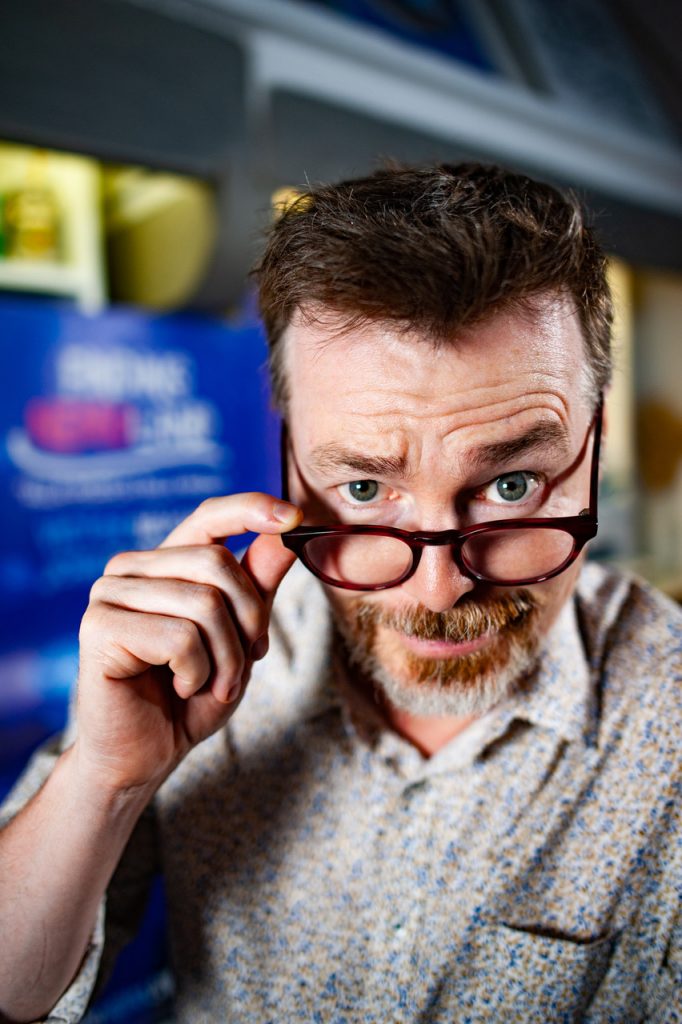 Victor is a traditional artist and computer animator. Victor was hired at Pixar Animation Studios in 2000 after his personal project “Alien Song” became a popular viral clip. His animation credits include Monsters, Inc., Finding Nemo, The Incredibles, Cars, Wall-E, Toy Story 3, Brave, The Good Dinosaur and Coco.  He also acted as Supervising Animator on Inside Out, and directed several “Cars Toons” for TV and theatrical release. 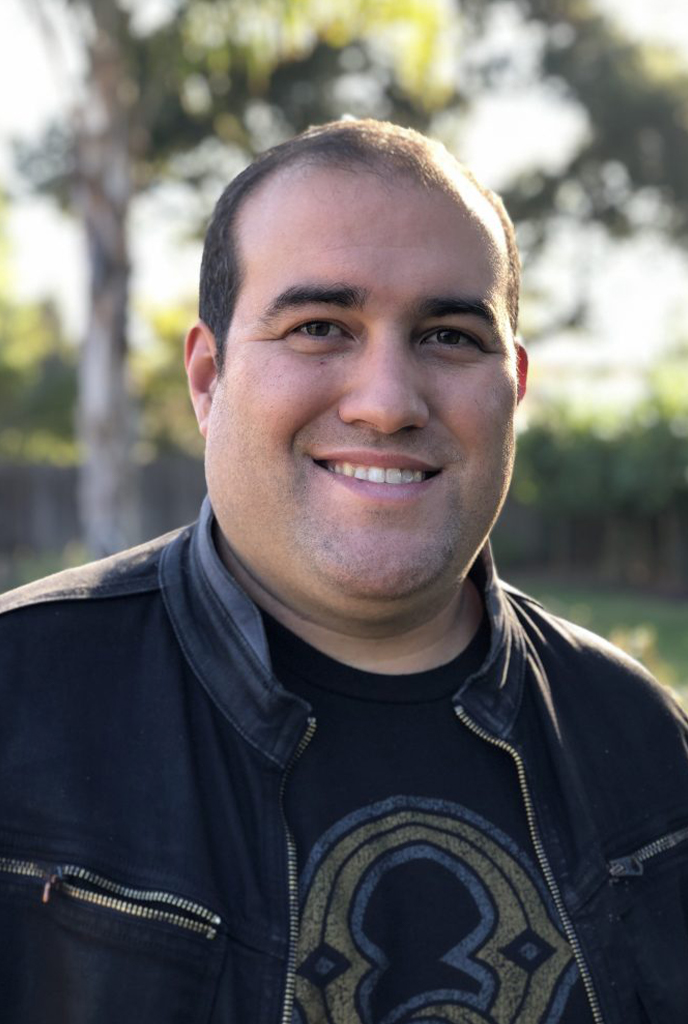 David Torres has been a professional animator for over 20 years. In 2015, David joined Pixar Animation Studios where he has animated on Onward, Toy Story 4, Incredibles 2, Coco, Cars 3, Finding Dory, and The Good Dinosaur. Before joining Pixar, David worked at PDI/Dreamworks Animation where he was one of the Head of Character Animation on Penguins of Madagascar. Also, David was a Supervising Animator on How to Train your Dragon 1 & 2, Madagascar 3, and Megamind. Prior to that, David was a Lead Animator at Blue Sky Studios and animated on Ice Age, Robots, Ice Age 2, and Dr. Suess’s Horton Hears a Who. Before working in the film industry, David worked at Walt Disney Imagineering, Will Vinton Studios, and Retro Studio. David is currently animating on Soul. 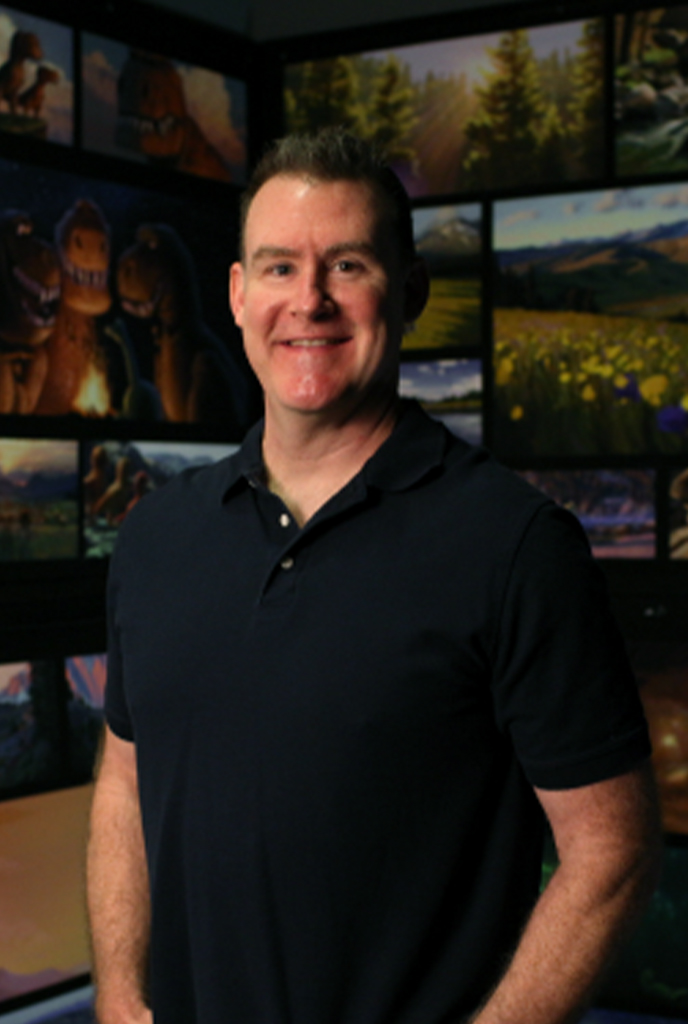 Kevin O’Hara joined Pixar Animation Studios as an animator in September 2006. O’Hara has worked on a number of Pixar’s feature films including the Academy Award®-winning Ratatouille, WALL•E, Up, Brave, the Good Dinosaur, Incredibles 2, and Soul. He has also contributed his talents to some of Pixar’s short films, Your Friend the Rat, Dug’s Special Mission, and Kitbull. Currently, O’Hara is working on Disney•Pixar’s Luca, scheduled for release in 2021. As an animator O’Hara’s job is to give the characters in a film personality and movement.

From an early age, he was inspired to draw by Mort Drucker and Jack Davis, two artists from MAD Magazine. After seeing a re-release of Disney’s The Jungle Book, O’Hara found himself drawn to animation. He was taught and mentored by Milt Neil, a Disney animator who was known for his work on Donald Duck and in the film Dumbo. 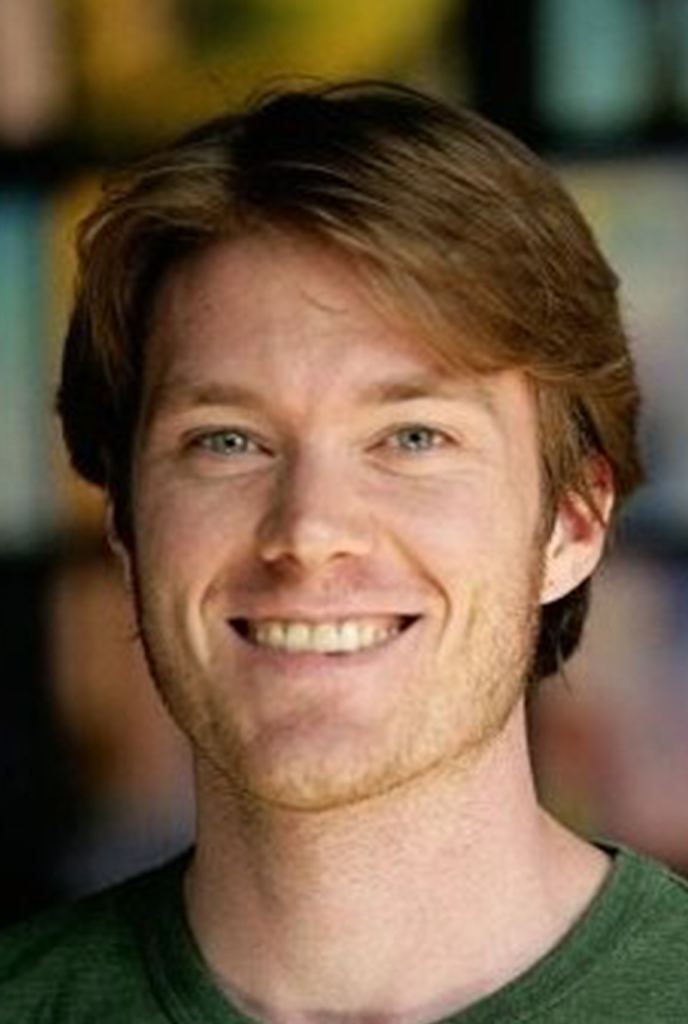 Austin Madison is an animator at Pixar.  Austin graduated from the character animation program at California Institute of the Arts before getting hired as an animator at Pixar.  He also served as an special effects animator for the short traditionally-animated film Adam and Dog.  His credits include animating on Ratatouille, Toy Story 3 and Up. He also voiced one of the office bros in Purl. 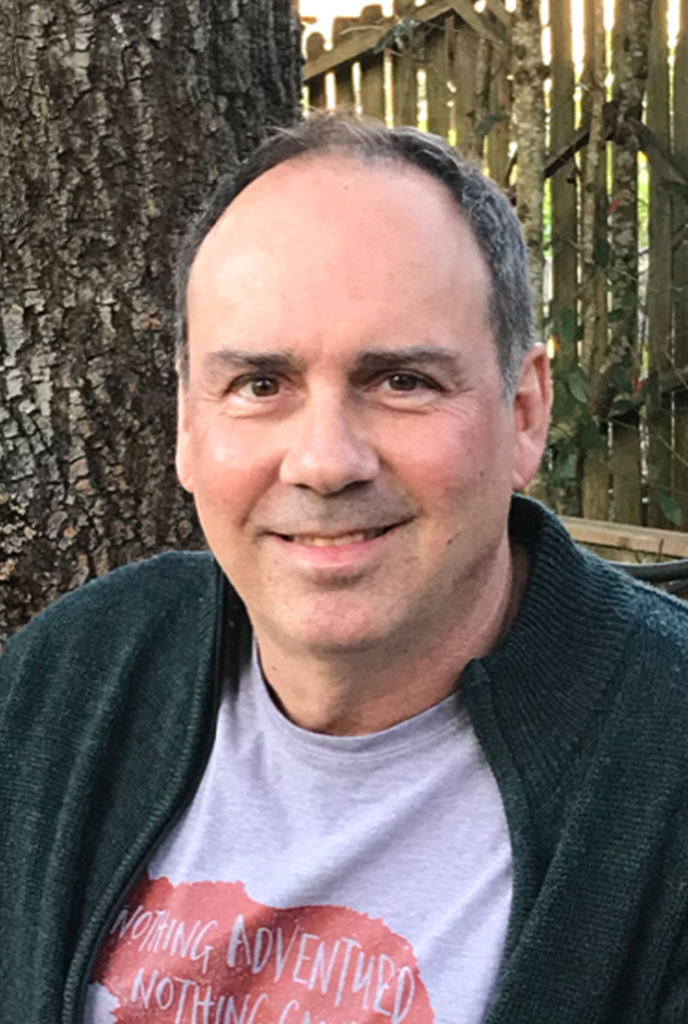 Rej has been in the animation industry for 35 years.
Among some of his credits as an animator are “Who Framed Roger Rabbit”, “Beauty and the Beast”, “Aladdin” and “The Lion King” . As a story artist he’s credited on a variety of films such as “Shrek” , “Madagascar”, “Chicken Run” and “Wallace and Gromit and the Curse of the WereRabbit”. He’s currently been at Pixar for the last 10 years having recently finished work on “Onward”, “Soul” and “Luca”. 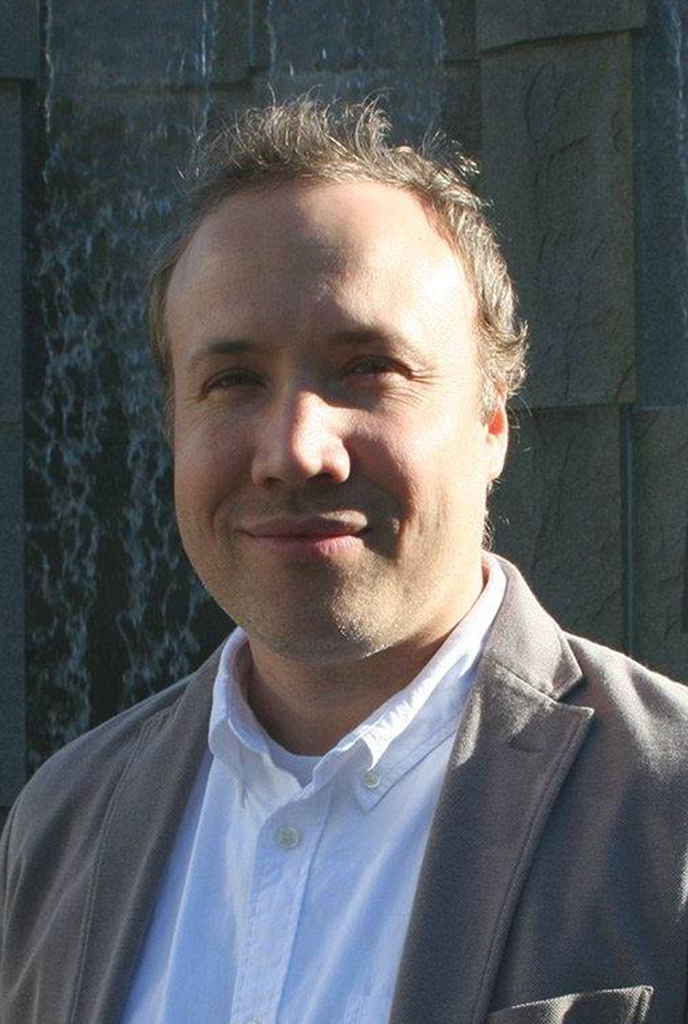 Grant began his career at Pixar Animation Studios on the short film Partly Cloudy. He has since contributed to films and shorts such as Cars 2, The Good Dinosaur, Inside Out, Small Fry, Partysaurus Rex, Toy Story of Terror, and Toy Story That Time Forgot. With roots in the Midwest and a love for Animation and Comics, he eventually headed west to Study Art and Design in San Francisco. Grant is currently working as a character designer and sketch artist on several announced and unannounced feature film projects at Pixar. 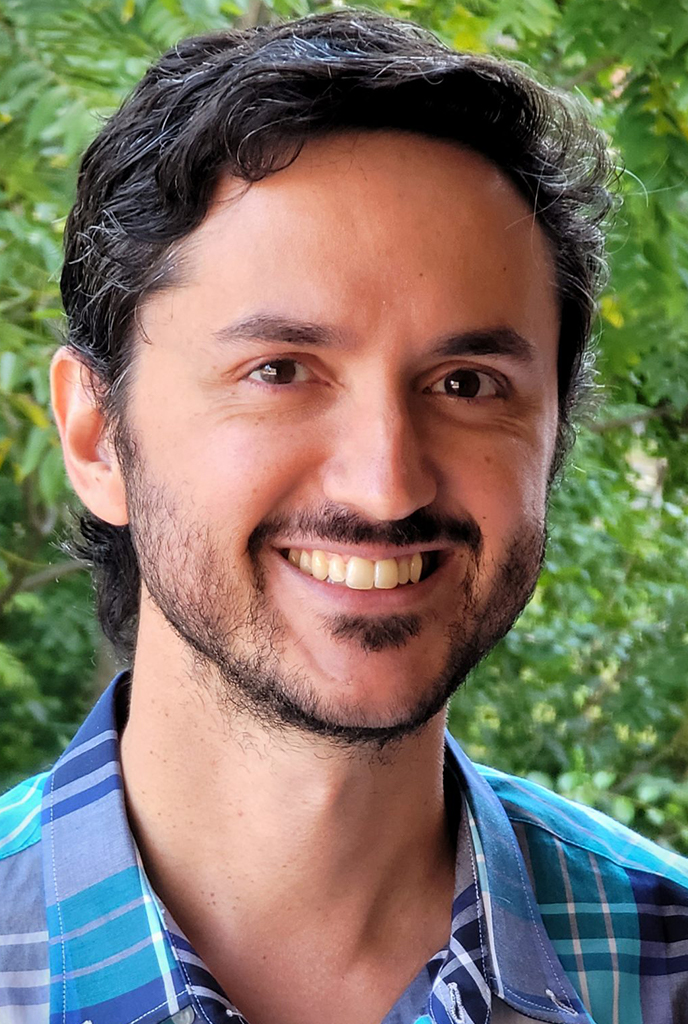 Daniel has 19 years of experience working in all industries for the Cg art; Commercials, TV, VFX, Feature Animation and now Games. He filled roles in animation, modeling and programming and for almost 11 years he has been fully dedicated to character rigging and pipeline at Blue Sky Studios.  His animation credits include District9, Stargate Atlantis, and many TV commercials. His Rigging credits includes Rio, Continental Drift, Epic, Rio2, The Peanuts Movie, Collision Course, Ferdinand, Spies in Disguise, Scrat Shorts and the upcoming feature animated movie Nimona in 2022 where he rigged the main character of the show.

His unique experience in various roles gave him a solid knowledge of how a high-quality character rig can be developed in any CG pipeline. He is now in the game industry currently working at Undead Labs. 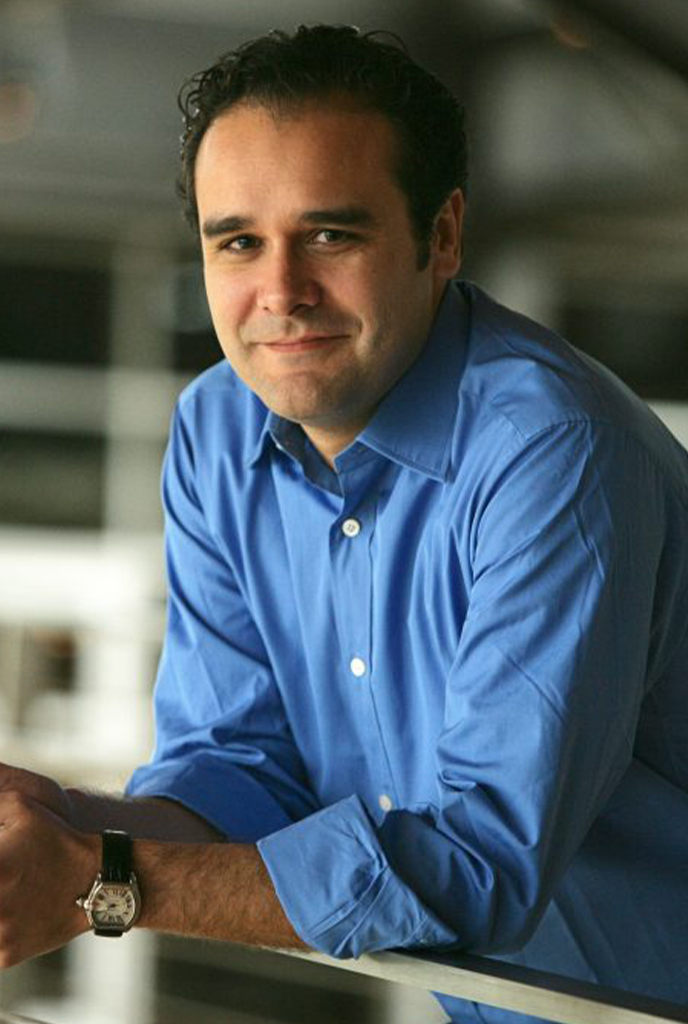 Daniel López Muñoz began working at Pixar Animation Studios in January 2006. He worked specifically on Character Design for Disney•Pixar’s Academy Award®-winning animated film “Up,” and as a production designer on several projects in development.

Prior to joining Pixar, López worked for Blue Sky Studios in Environmental Art Direction on “Ice Age,” and Visual Development for “Robots.”

Growing up in Córdoba, Spain, DLM’s earliest influences were drawn from European Comics, Spanish Art and Architecture and Japanese animation, particularly that of Hayao Miyazaki. Impressed by the imaginative worlds of Miyazaki’s films and the rich process of conception, he left the path to being a 3D computer animator and set off toward a career in Visual Development and Design for Animation instead. Realizing the visual look of a film and being able to be a part of the first brushstrokes of filmmaking are what DLM likes best about his chosen path.

DLM was tasked with setting the tone and style for the Main cast of Characters for Pete Docter’s upcoming feature “Soul” and with Looks Development and Lighting Art Direction on Enrico Casarosa’s “Luca”. Due in theaters (hopefully) Worldwide in the summer of 2021. Amongst other yet to be announced Feature films. 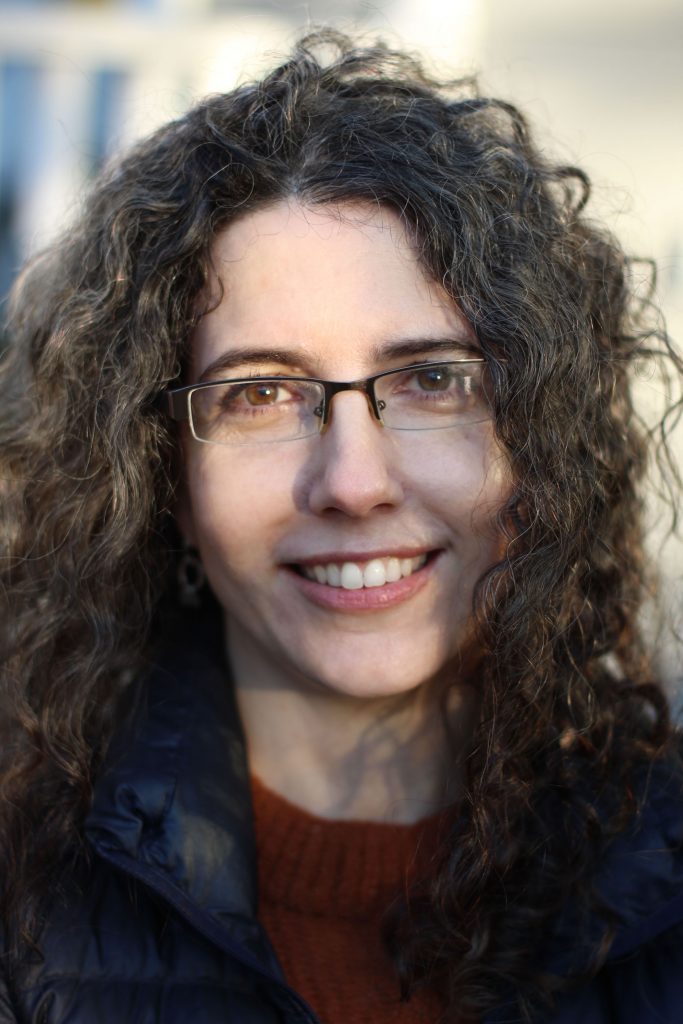 When Eryn was six years of age, she saw Fantasia in a theater and despite ‘Night on Bald Mountain’ scaring the crap out of her, she was blown away by the gorgeous design work and ground-breaking animation.

She has now acquired over 15 years experience in the feature animation industry, with a focus on character modeling. At Disney Feature Animation she worked on feature films Bolt, Tangled, and Wreck-it-Ralph, and was the character modeler for the Oscar Award winning short film Paperman. At Blue Sky Studios she worked on Rio 2, The Peanuts Movie, Ferdinand, Ice Age: Collision Course, Spies in Disguise and most recently, Nimona. Outside of studio work, she enjoys getting her hands dirty with traditional sculpting and collaborating with friends on personal projects. For the record, Fantasia’s ‘Night on Bald Mountain’ is now her favorite segment of the film. 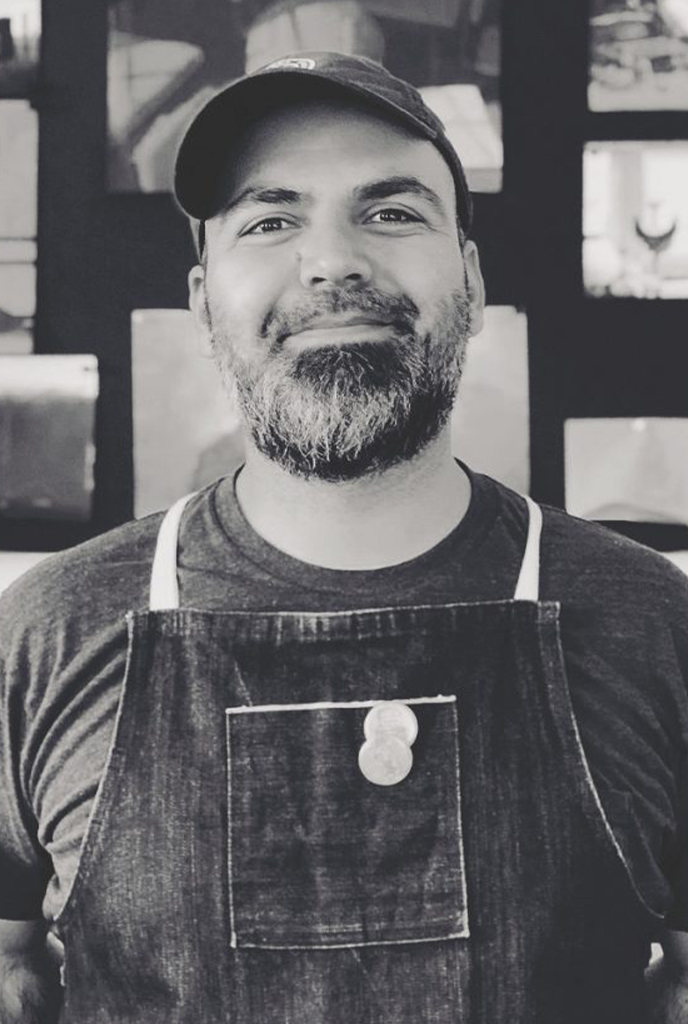 Willie Real is a character designer and illustrator from San Francisco, CA who’s worked with esteemed folks that include Pixar, Netflix, Dreamworks, Blue Sky, Paramount, AirBnb, Google & Oculus. Willie’s work has contributed to several honors including 3 Emmy’s and an Oscar Nomination. “It’s pretty special to be able to do what we do, striving to create memorable characters and their worlds, so remember to have fun and enjoy the process… it’ll reflect in the work.” 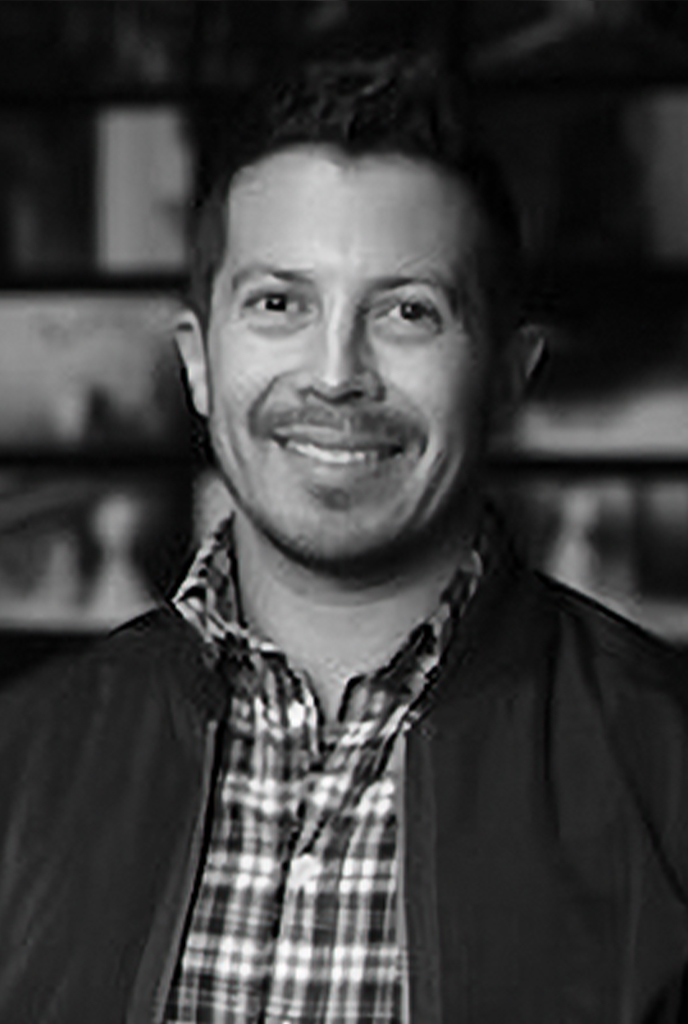 Albert Lozano joined Pixar Animation Studios in April 1999 as an artist on Pixar’s 2001
feature, “Monsters. Inc.” Lozano has worked on every Pixar feature since then including
the Academy Award®-winning features “The Incredibles, “Up”, and” Inside Out”.
Lozano most recently worked on Pixar’s newest feature film, “Soul.”
As a character art director, Lozano’s responsibility is to design the characters and
shepherd them through the production process to make sure they appear as the films’
Production Designer and Director want them to.
A cartoon watcher as a child, Lozano was inspired to study animation at an early age
when his father made him start working and he realized he could have fun while doin so.
Some of his earliest inspirations were “Dumbo,” “Tom and Jerry” and cartoons from Tex
Avery, John Hubley and Richard Williams. Like so many Pixar artists, Lozano attended
CalArts to study animation. After sneaking into Bob Winquist’s character design class
during a campus visit, Lozano had the good fortune of seeing Pete Docter’s Academy
Award®-winning short “Next Door.” It was upon seeing this short film that Lozano
knew he wanted to attend CalArts. Little did he know that his first project at Pixar would
be working with Docter on “Monsters, Inc.” and many of his Pixar films after.
Lozano grew up in Los Angeles where he attended school and worked in various
television and film studio jobs including South Park. He currently resides in Walnut
Creek, CA.