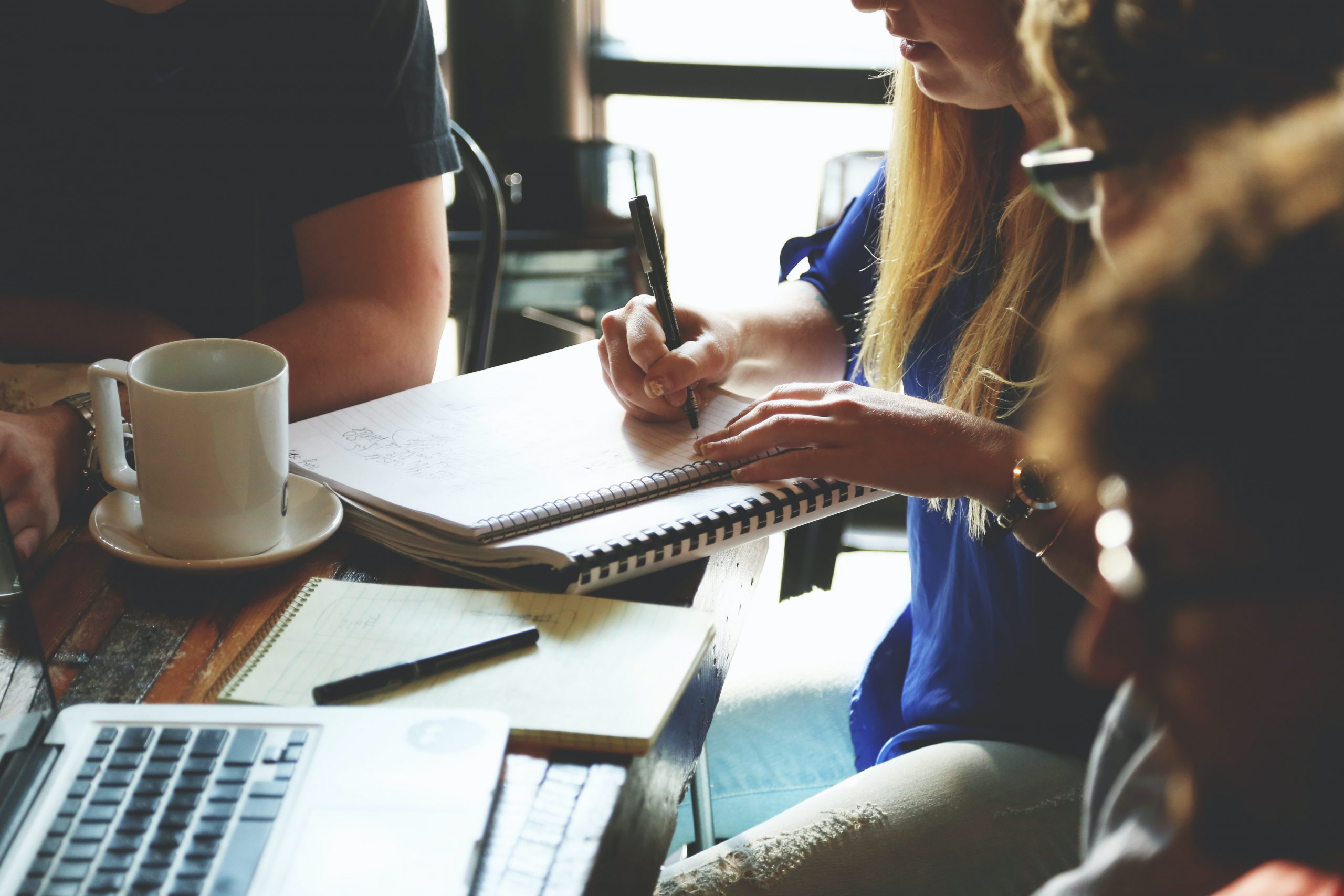 Studying at AnimC was definitely one of the most valuable career choices I made. 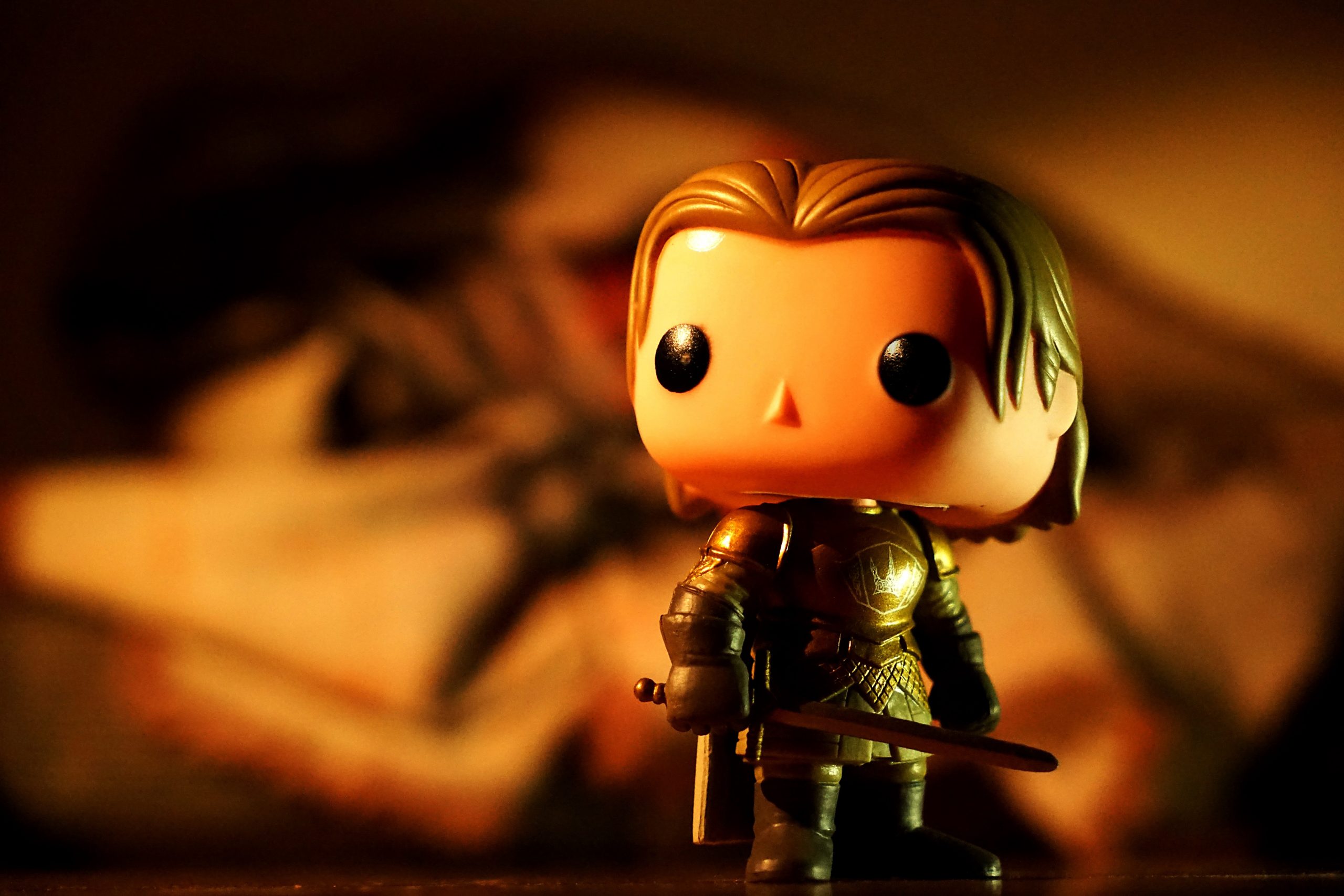 Matias MarekAnimC Student
AnimC was the best decision I've ever made for my career. If you're able to take a workshop, do it! You won't regret it.

Kristen W. Pixar Animator
Previous
Next
Studying at AnimC was definitely one of the most valuable career choices I made.
Michal's teachings go way beyond animation rules, he rewires your brain altogether without you even realizing it. The shots I did in class surely opened industry doors. And the non-shot based programs like the Epic Intensive gave me amazing tools and motivation to push myself at work.
Pro Tip: Pay attention to how Michal speaks! Learning and understanding a few of his word choices and ways of giving feedback will make you friends in the industry 🙂 Makes sense? I went all the way from Argentina to San Francisco to study at AnimC. Now that it is online, what are you waiting for?! 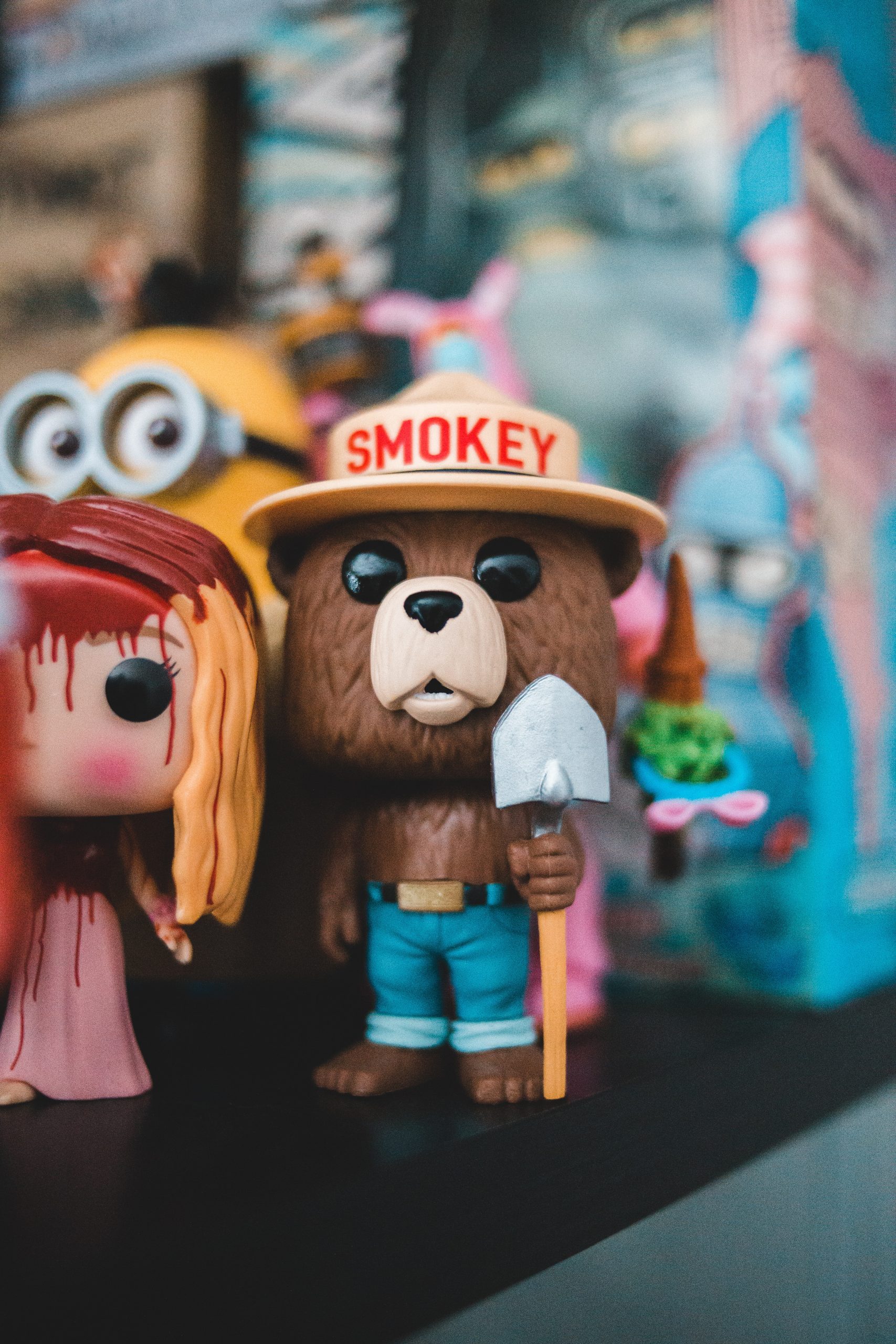 Matias Marek
AnimC Student
"I have been always amazed by the student work I have seen from the Animation Collaborative. Recently I took several classes and I am so glad that I took them, which has changed my workflow completely. I have been animating for several years, and usually, I used to struggle going from a different process, since I took Layer for Animation, It gave me a new way of looking at the same thing, now I am really fast, I can bring more creative result at the short time. I am ready to take more amazing classes from Anim Collaborative any time, and I will highly recommend it to anyone who is a beginner or has been working in the industry."

Bijay Chudal
AnimC Student
I am so happy that I got to take The Animation Collaborative's Intro to Character Design class with Danny Arriaga! I’d recommend the course to anyone looking to understand a strong workflow for creating unique and appealing characters all the way from research to pitch-worthy rendering. It was easily the most valuable art course I’ve ever taken as I got to interact directly with an active artist in the animation industry for several months. Danny went above and beyond to make the class meaningful and fun for every single student. Everything from technical tips on drawing and file preparation to sharing his experience of the animation industry and what it takes to succeed. I’ve yet to encounter another online art course that offered the same level of quality instruction paired with a small class size. I can’t wait to take my next AnimC course! 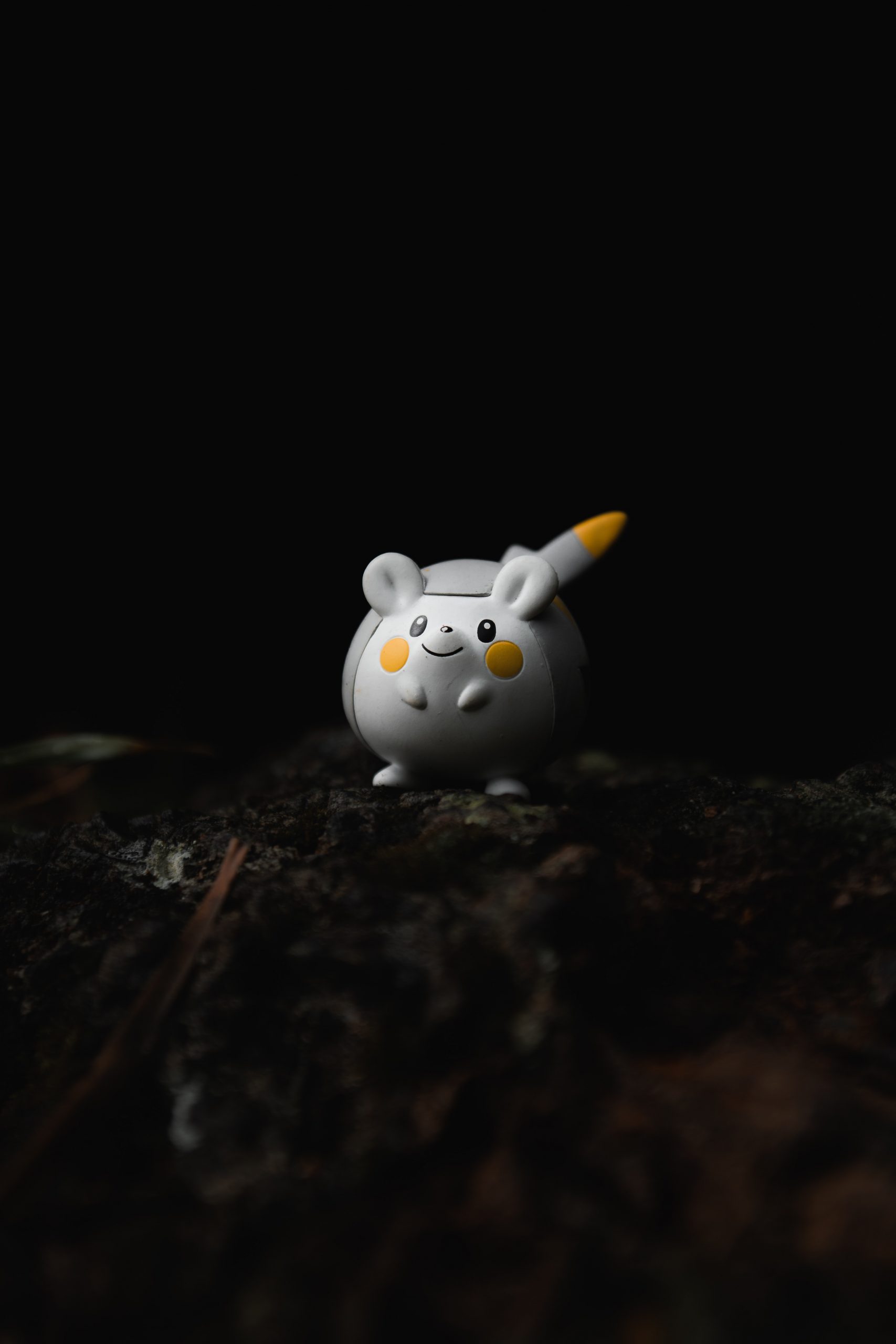 Patrick Finney
Designer
I enrolled in AnimC back in 2013 for Michal Makarewicz's Demo and Lecture Intensive Lecture series; and it was this class that convinced me to change my career to animation. Michael's body of work, teaching style, and passion for his craft really inspired me on Day 1 and convinced me to take animation seriously and pursue a passion as my career of choice. I subsequently took classes with Michael Chen, Jim Brown, and Michal again (Beginner, Intermediate, Advanced Animation). I have to give a shout out to Michael Chen who really grounded me and helped me critically focus on mastering the basics since the beginning. Without these strong foundational skills I wouldn't have been able to pursue the opportunities I've had. I have so much praise and love for the Animation Collaborative. It was the place that convinced me to finally take a leap of faith and pursue my career as an animator, while giving me the tools and inspiration to do so successfully. Thanks for all you do for the animation community!" 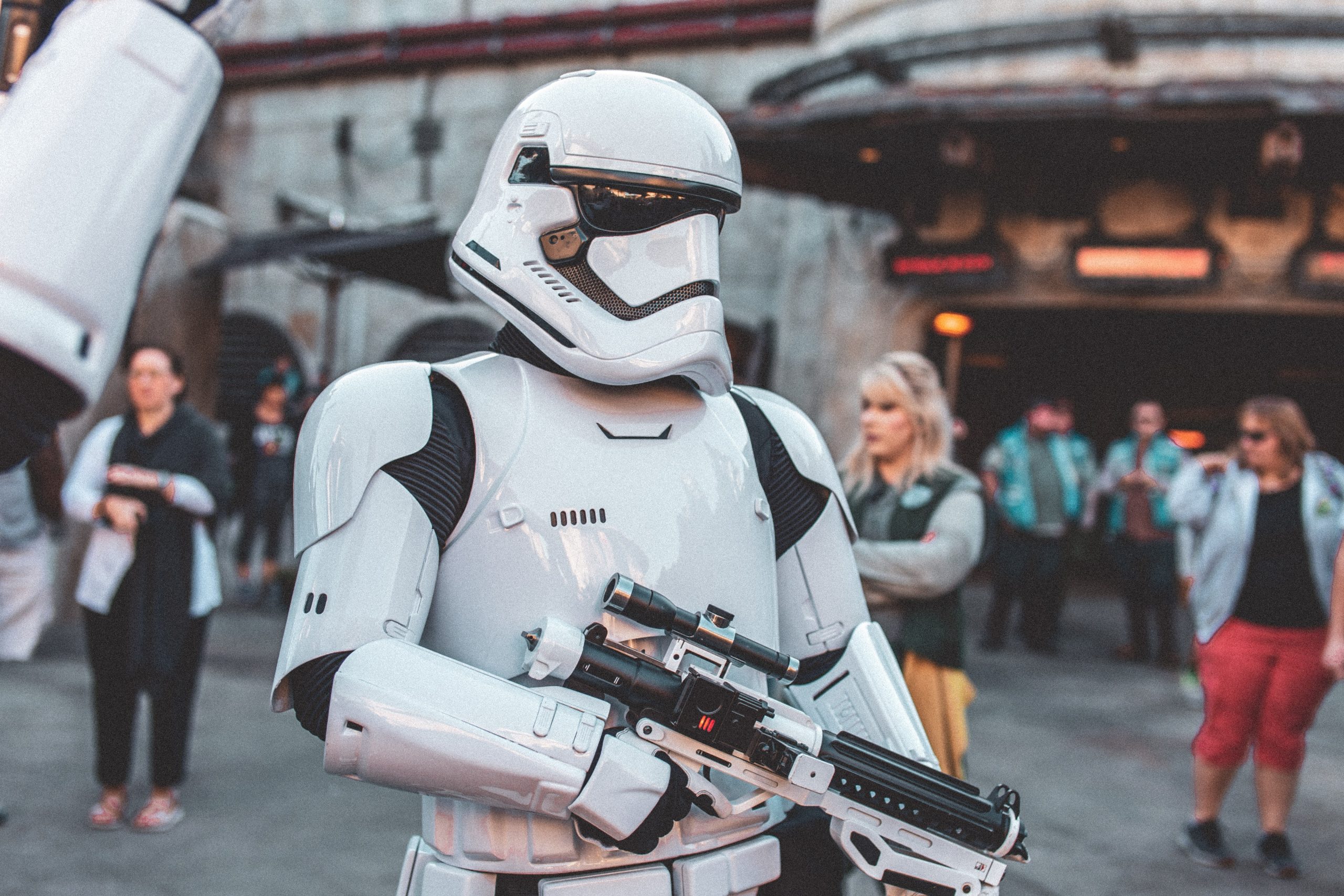 Christopher Hsing
Senior Animator at Riot Games
I was first turned on to AnimC back in 2014 by a friend who had attened one of their classes in Emeryville. I lived in New York City at the time, but when I heard that Michal Makarewicz's 2 day Masterclass was coming to town I jumped on the opportunity to attend. I was thoroughly blown away by the material presented, and though I had already been animating professionally for 9 years at that point, I learned techniques and workflows that I had never encountered before. I can't overstate how eye opening those 2 days were. I was determined that if I ever found myself in the Bay Area, I would enroll in a full course as I was hungry for more. I ended up moving to the Bay to pursue my dream of working in films in 2017, and a couple months later enjoyed attending a day long workshop hosted by animC at the Disney Family Museum, which provided another day packed with tons of valuable information and a chance to interface further with many of the schools instructors. I finally got my chance to enroll in Victor Navone's Advanced Acting course later that year. It was my first time taking a full in person class since 2005 when I finished college, but I really enjoyed the class size and informal nature of the classroom setting, set up to closely replicate dailies at a studio. I produced some of my best personal work in that class under Victor's instruction and got hired on for my very first film work at ILM during my time in that class. I would go on to keep in touch with Victor and most of my classmates as I worked on VFX films for the next couple years. I continued looking for ways to push my character animation work with hopes of landing on a CG feature. I attended an AnimC master class hosted by Michal at CTN 2019 and the following month, I got hired on at Pixar. I can't thank Michal, Victor and the entire AnimC program enough for the success that I've had in getting my career over the hump and landing my dream job. It's been such a joy getting to work on films alongside my world class instructors who continue to this day to be so generous with their time and instruction. 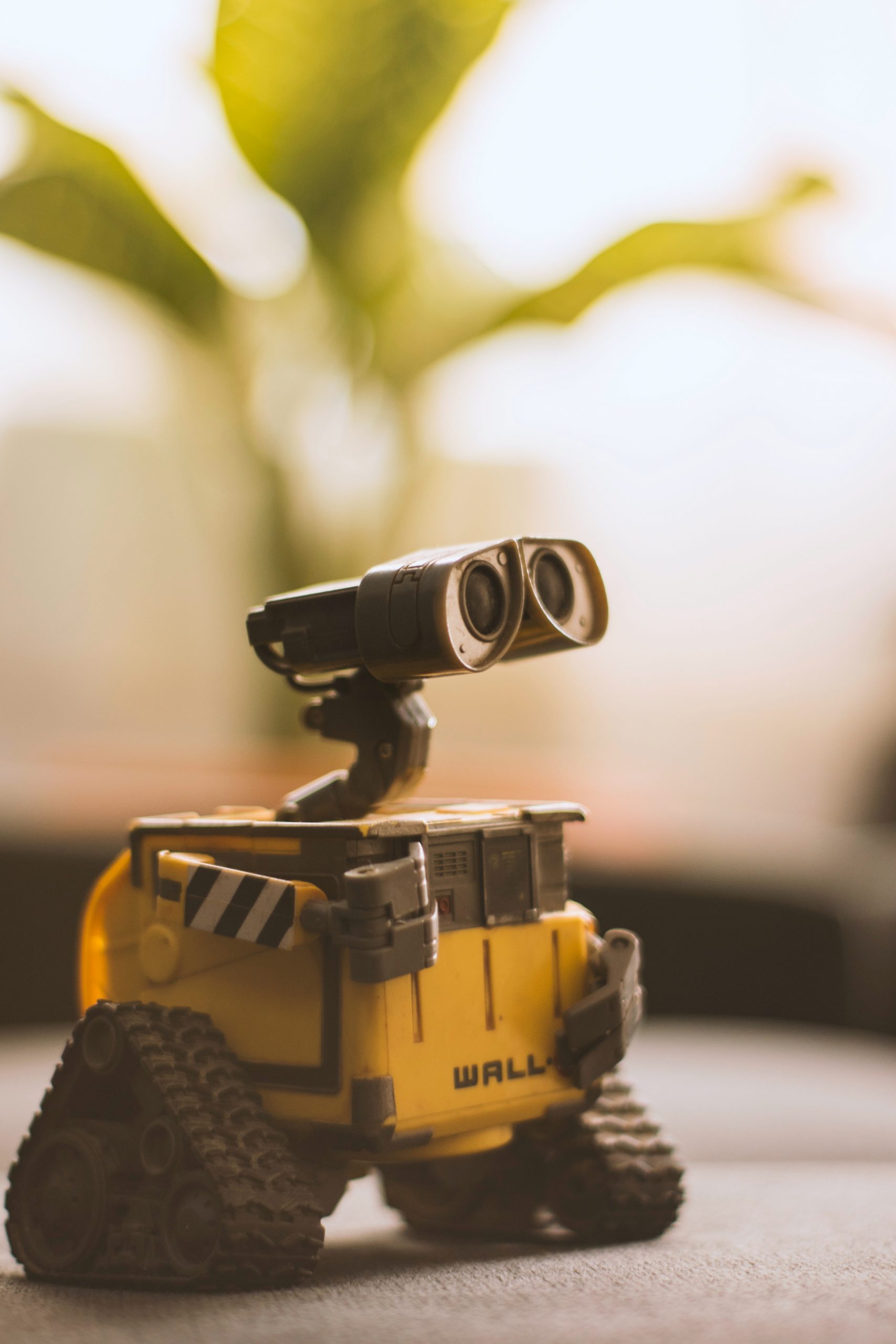 Aaron McGriffPixar Animator
I had the pleasure of taking Mike's masterclass when I was in school and it totally changed the way I look at animation. He has a workflow that every student should see (more technical/procedural) that is very different than the way animation is normally taught. Mike is one of the most talented teacher's I've had the pleasure of meeting - the way he breaks things down is very easy to follow and allows you to soak up everything in a way that is easily applicable to your own shots. His approach to acting (which he thoroughly lays out in the masterclass) is equally powerful, and you can see the level of thought and detail in his shots. After having worked for a few months in the industry I decided to take Victor Navone's Advanced Acting for Animation class as well. Victor is also a great teacher whose work speaks for itself, and his class was well worth it. I felt no time was wasted - any time we weren't having each others' work critiqued or listening to a lecture, we were able to dive into some behind the scenes Pixar stuff or break down different shots from Pixar films, sometimes even from previs to polish. Side note, the AnimC building in Emeryville is super cool and is right across the street from Pixar! I would recommend AnimC to any student or professional who is looking to improve their acting and workflow. 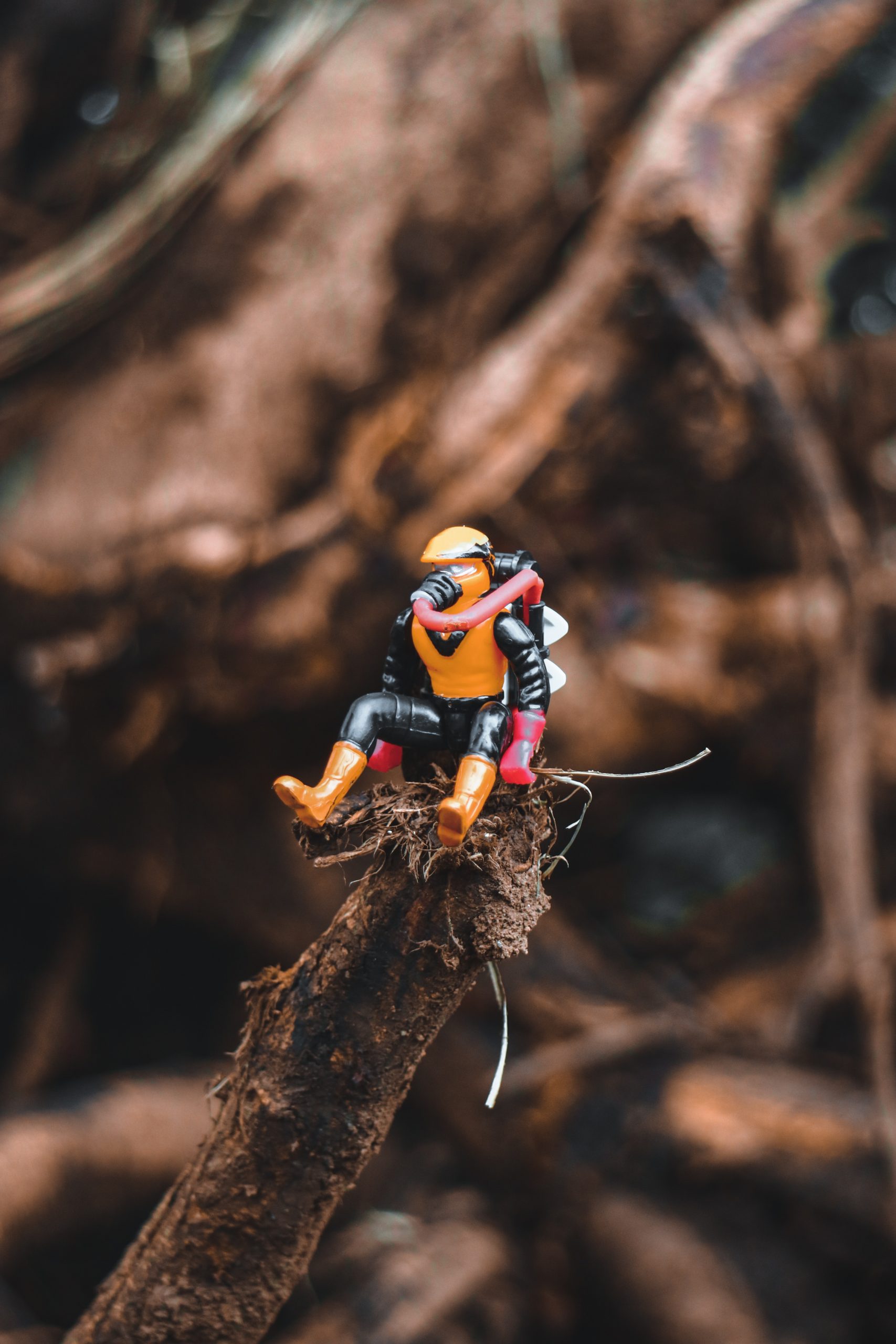 Evan McGowan AnimC Student
I did one course at the Animation Collaborative in 2014 and I will never forget the experience. Daniel Holland taught an introductory Animation Design course where I met a number of talented artists and we learned a tremendous amount of craft in the late evenings. Daniel made the class truly special. He is an amazing artist, who enlightened all of us with his perspective on historical children's illustration. He was incredibly humble, creative and encouraging while he taught. The fact that he was enthusiastically investing his time in students after his daily artistic work, really came shining through the entire class. When you see that insatiable desire to explore and expand creativity in skilled artists like Daniel, it provides priceless inspiration to the rest of us. I will always remember my classmates, teacher and time at the Animation Collaborative, even though it was just one course. 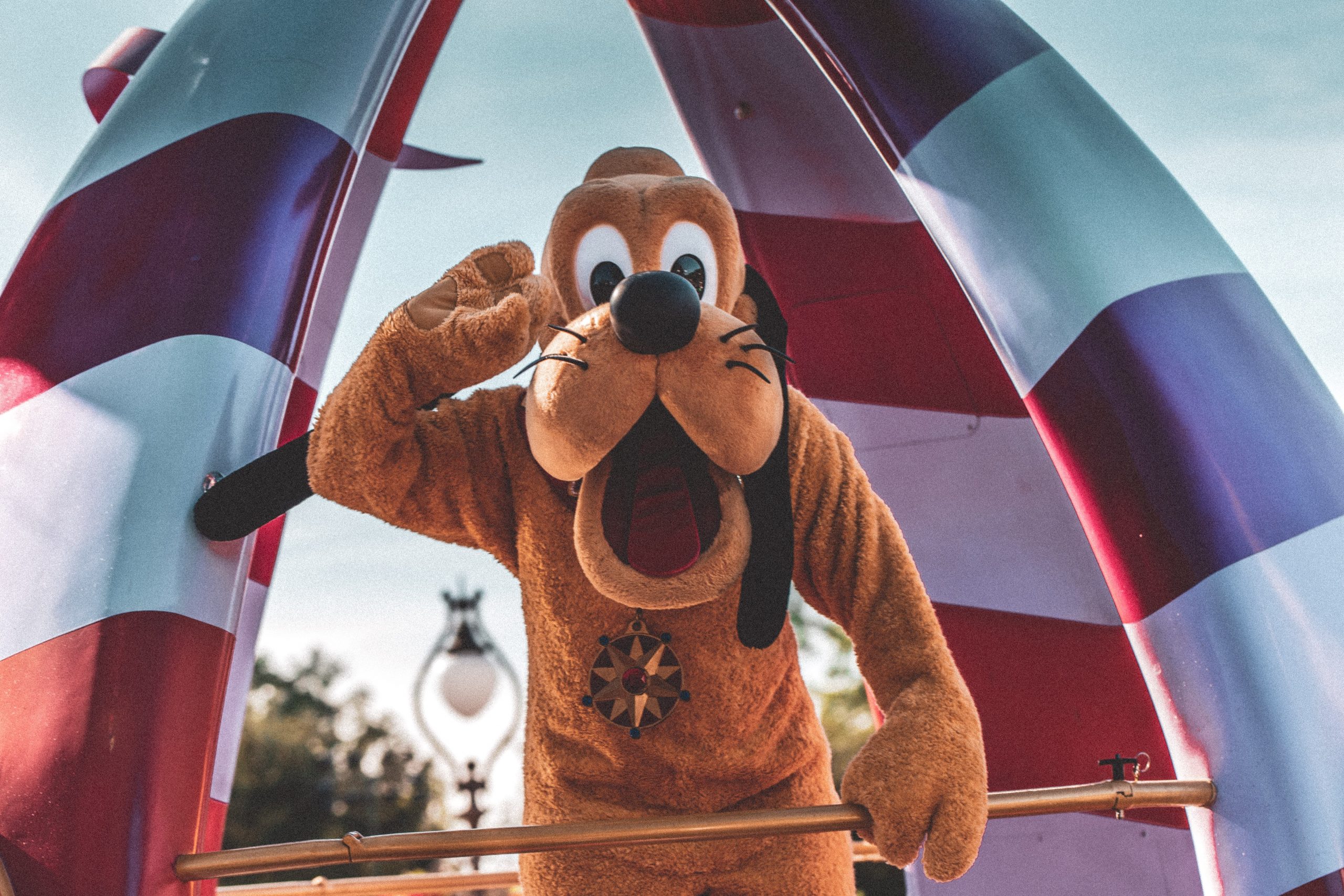 Maneesh YadavAnimC Student
Previous
Next
I took the class "Advanced Acting for Animator" in Summer 2019 at AnimC. It was a good time. I really enjoyed the small class, Mike's teaching style, and the sofas in the classroom! I was very lucky to attend AnimC in person. I remember I ask AnimC why we have sofas in the classroom. They say because they want to create a cozy environment for us to learn freely. I really love the answer. What a wonderful summer! Mike is an amazing animator. His teaching style is casual, very knowledgeable, easy to understand, and fun! And, he gave honest and helpful feedback! He pointed out what didn't work, suggested what might work really well, and sparked our imagination to make the shot even better. It had fewer classes in the Summer but I felt I learned as much as possible. Not only learning a huge deal of knowledge from Mike but also learning from my classmates. I started to get in touch with people from the industry and grow my LinkedIn connections since then. For me, I really appreciated AnimC. They gave me not only solid professional training but also a good starting point in my career. 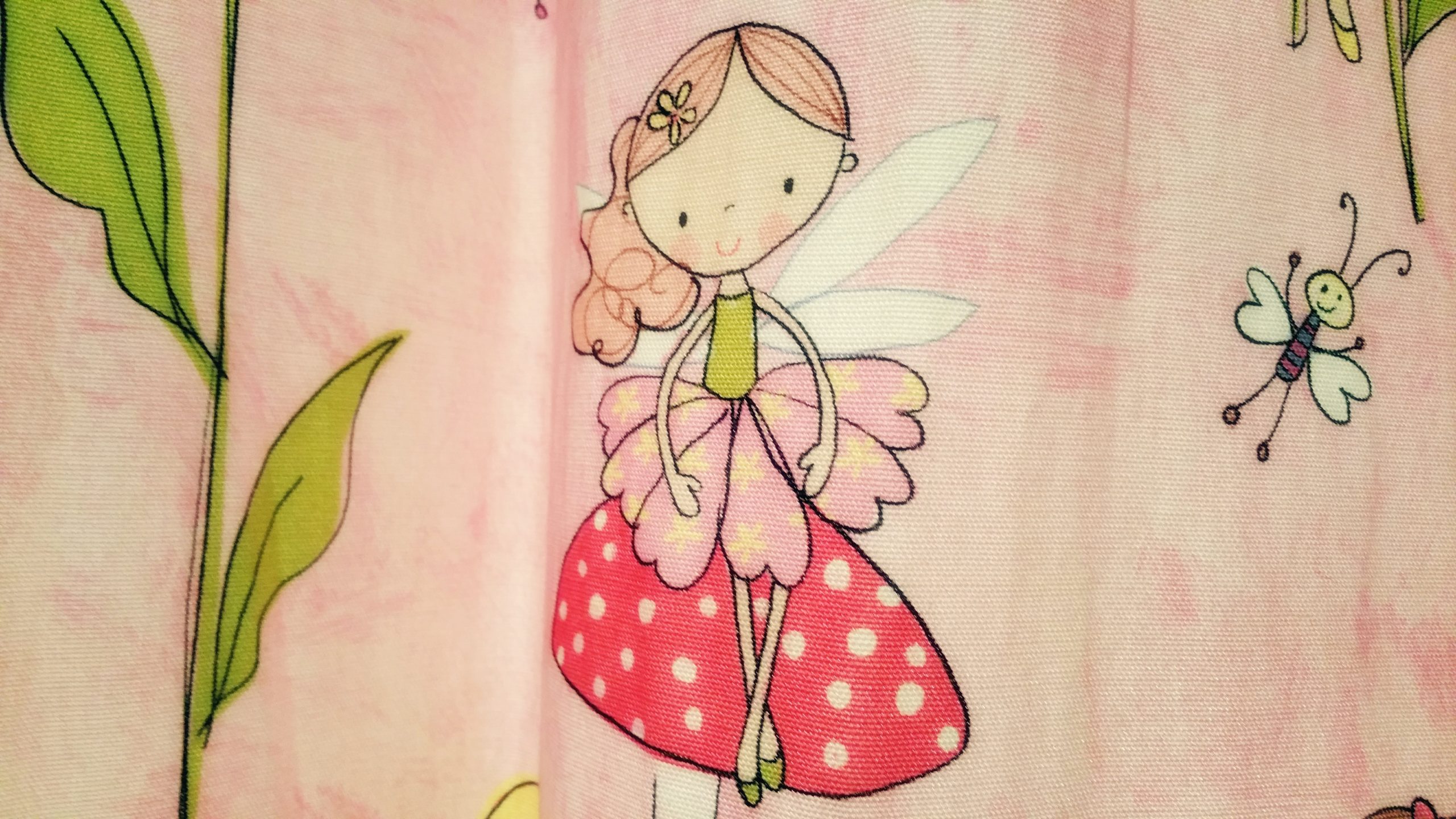